We're big fans of Mozilla's Firefox browser and we have 22% of our site visitors using the browser. So, we're all looking forward to the release of Firefox for mobile and the interesting features that will be available! The one we're looking forward to is the ability to share your Firefox preferences, history, and bookmarks between your desktop and mobile. Creating a seamless browsing experience will allow users to continue their browsing on the commute home from where they left off at work. There's also a rather nifty way of displaying tabs which you can see in the video below.

We've seen a rise in the use of mobile browsers to access our websites, the most notable being the iPhone's Safari browser and Opera Mini, to the point of having 1.42% of all our visitors on a mobile device. Not a huge amount but up considerably on last year and we're expecting it to continue to rise as mobile browsers and browsing speeds improve.

The Firefox mobile browser will initially be available for Nokia's N900 but other handsets are expected to follow shortly. Check out the highlight video below or visit the site for a Beta version if you're lucky enough to have a Nokia N900. 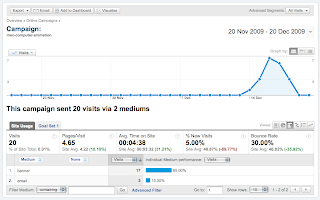 If, like us, you use Google Analytics for your website tracking you may also like the campaign tracking tools that are included with it... for free! If you have an advertising campaign across different media then you can look at using the campaign tracking tools to keep all of your data in one place. Once you login to your analytics account, click on Traffic Sources and then onto Campaigns. If you have an adwords account associated with your analytics account then all of your adwords campaigns will be listed in here.

So, to help with adding in a new campaign Google have supplied this handy URL builder. Simply enter an overall campaign name, such as 'Winter Recruitment', a campaign source and medium and click Generate URL. The resulting URL can be used for web banners or email newsletter links and if you are putting it in print, we usually generate a shortcut URL and point it to the campaign tracking address.

You can see the results (in the image above) from a small MSc Computer Animation mailing sent out via a 3rd party with a text link and banner button included, both pointing to the same landing page. Obviously the banner brings in some traffic than the text and wil be fed back into the decision making process for future use of that company's mailing list!

Useful functionality that helps to organise the masses of data we have to deal with!
No comments: 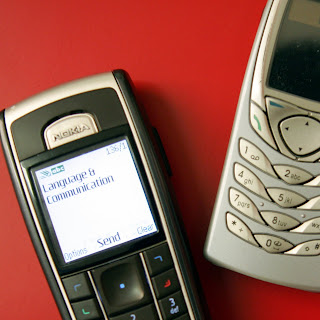 So, last week I received an email from a company offering a 60 day free trial of telephone response monitoring. Obviously, the free part caught my attention as it's something i've been thinking about trying for a while. The idea behind this came from a question I had of "I wonder how many people call us after having viewed the website?". As the numbers on the site will only be used on the site and nowhere else, we can reasonably say that that is the number of web generated phone calls we receive! So, i've bitten the bullet and signed up, the trial covers two phone numbers that can be masked with an 0844 number, luckily we have two admissions numbers to use.

As of Tuesday the numbers have been changed on the site to reflect the new 0844 numbers and the final change over will be happening tomorrow with the course listing numbers being changed. So far, the reporting looks good with an indication of what network people are on, how long the call lasts and how long it takes to be answered! Clever stuff but the part we're most interested in is the geographic location which will help to feed into the comms planning for our local campaigns.

The wonders of modern technology, plus, it's very low cost to continue with so we can look at adding unique numbers to campaigns well!

UPDATE: Just to address a comment that was left about the use of 0844 numbers and call charges. All 0844 numbers can charge different rates per minute dependant on the following three digits (BT Info here). The numbers we are using cost 4.9p per minute from a landline and are included in BT minute allowances. Also, they are now included in mobile contract minutes with O2 and we are expecting the other mobile providers to follow suit with that inclusion.
2 comments:

Following on from the posting on the 24th November this year, as predicted Five have now launched their on demand service on YouTube. Check out the channel if you want to catch up on The Gadget Show, Home & Away and many more...

Friday night was a good night for the University of Bedfordshire, the internal staff website (in.beds.ac.uk) won a Silver CIPR award for best 'Internal Communications 2009'. A great achievement for a website that was only launched a little over a year ago. The University staff site is maintained within the Silva Content Management System which also runs the main external facing recruitment site (www.beds.ac.uk) which picked up a Silver award from the CIPR in 2007.

At the same awards ceremony the University publication 'Life' won a Gold award for 'Best Magazine'. Congratulations to all of the team involved!
No comments: