Interesting overview of the new Twitter layout, if you haven't been moved across yet then this gives you an insight into what's to come. What will happen to TwitPic now?!

So, we are already using Bitly.Pro for a custom domain name and to monitor the stats from our tweets and some radio adverting and it works fantastically well! But, we had a proposition from our ISD department about the use of an in-house solution as well.

Now, we always like to do things in-house if we can and this seemed like an ideal solution, the same functionality as Bitly.Pro with the added extras of being able to update the destination of the URL's, update the short link ending and far better filtering of results and lists.

So, we're going to use them for publication in printed materials, much friendlier than using the long URL and we can use a custom address to ensure that it stays looking corporate. The best part will be that we can get some feedback on how closely people using the printed prospectus interact with the website. Throw in a few trackable phone numbers and we'll be looking at pulling in the most stats we've ever had on a printed publication!
No comments:

Interesting video on Social Media not being a fad! Plus some rather interesting stats on the growth rate of social media compared to traditional! 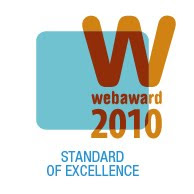 So, the time of year is here again and the first round of awards and nominations are out. So, the first award...

The University of Bedfordshire has been awarded the Web Marketing Association's 'Standard of Excellence' award for beds.ac.uk. The Web Marketing Association was founded in 1997 to help set a high standard for Internet marketing and development of the best websites on the World Wide Web. The University received a score of 56 out of 70 (80%) putting us at a level higher than the industry standard.

...and that's not all! The University has picked up three shortlist nominations for the CIPR PRide awards 2010. The two digital awards are for beds.ac.uk and our staff site in.beds.ac.uk with the third nomination being for our internal publication 'Life'.

The CIPR award ceremony is at the end of November so i'll post up the results should we win!
No comments: 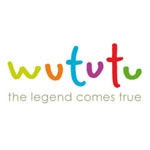 Oh well, our experiment with digital signage tracking is now over. Sadly, Wututu appear to have gone into administration... scuppered by the recession!

We have early data so we'll be analyzing the data and looking at how to move forward with another company if the need for this data is deemed important enough!

Goodbye to a great start up company!
No comments:

So, we are just coming out of the Clearing period at the University and it's time to start looking back at how everything went, what went well and what didn't! So, two new lines of advertising that we have been trialling this year are Spotify advertising and Sponsored Tweets.

Spotify was a last minute booking for the University and has performed extremely well. You can run a very targeted campaign with us focusing on Herts, Beds and Bucks listeners aged between 18 and 24. Due to the way Spotify works you can buy 'listens' on a CPM basis and at a very competitive rate as well, this can also include banner advertising to run alongside the advert. We recorded a 30 second advert in-house and booked in for a week. The response has been great, we had hundreds of click throughs on the banner advert and a handful of mentions on Twitter from people who had heard it. A success all round and we now have anither advert running for our Part Time campaign!

The other new line of advertising was Sponsored Tweets. Again, a great success with hundreds of click throughs on the link we provided to them and with a number of re-tweets as well. These start from $0.20 US per posting all the way up to thousands of dollars for a single tweet from the likes of Kim Kardashian! I purchased 50 tweets for the Clearing campaign and an additional 20 for the Part Time campaign and the whole lot came in for under $100 US. Very cost effective and good for raising Buzz about campaigns.

So, two new avenues for advertising campaigns in the future with both of them being very quick to turn around so ideal for late advertising!
5 comments: