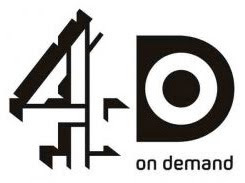 In what could be a move away from in-house streaming servers to massive outsourcing, 4oD has just launched it's own channel on YouTube.

This could be a reactive move to the break down of negotiations to open up the BBC iPlayer functionality to additional channels or it could be a genius use of a social media channel. Channel 4 are still running the 4oD channel on their website and are still hosting the video content themselves. However, if the YouTube channel takes off, it would be relatively easy for them to start embedding the hosted video content within their own site instead.

With two routes to market and the added buzz of the YouTube name it's surely a 'win win' situation for Channel 4.

For YouTube, this could be the beginnings of a much bigger project, they're hosting films, events and contests already. The most telling part of possible expansion plans is that they have 'Featured Broadcasters', only 4oD is featured at the moment but this surely means that others will follow... Channel 5 anyone?