Google have been rather busy... 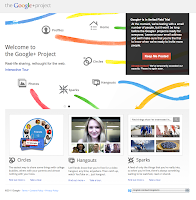 By now i'm sure most people have at least heard of the +1 button from Google, we're currently working out where to put it on our websites for a trial run.

But, alongside the announcement of +1 comes two more interesting and rather low key releases. The first being Google+ and the second being Google's addition of social media tracking within Google Analytics and Webmaster Tools.

Google+ appears to be the latest social networking attempt from Google and will hopefully take into account the lessons learnt from Buzz & Wave! The idea involves a number of strands, listed below and will be available on your mobile (Android, Apple, Blackberry, Nokia/Symbian, Windows Mobile) through a mixture of native apps and web apps.

Circles - An interesting way of sorting your contact into more manageable groups, family in one circle, friends in another.

Instant Upload - I love this idea, I already have an expanded Picasa account and it's pretty obvious that this will have some tie-in further down the line. The idea being that all those photos and videos you have on your mobile can be stored on Google+ in a private album. The best part is that the upload happens automatically, no need to remember to upload manually!

Huddle - A group texting facility sounds interesting, i'm assuming there will be a heavy tie in with Google Voice at some point.

Hangouts - Rolled into the whole package is also Video chat (a swipe at Skype/Facebook?) that you can use between selected friends or whole groups of people.

At the moment it's in limited release but you can register your interest here: 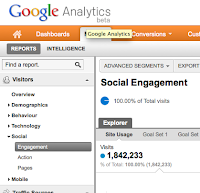 The second roll out is additional code for Google Analytics, not as visually exciting as Google+ but looks great for anyone interested in +1, Like and Tweet action!

Tracking is listed under a new 'Social' navigation option and appears to only be available via the new version of Analytics. If you fancy having a go then you can find further details below: