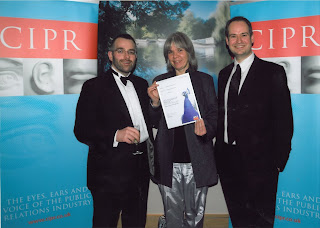 It's the time of year for the awards submissions to be written and submitted and I always forget how long it all takes! So far this month i've written six and it's not even the end of January yet! We have:
So, is it really worth the effort?

Of course it is! Not only do they give you a much deserved nod from your peers but you also usually pick up a nice trophy to display in the office. Fingers crossed for UoB!